Photography has been slow lately. The last several weeks have been ridiculous weather-wise, plus I've been sick in the last week. I'm itching to get out there, especially since I unexpectedly became the owner of the landscape lens that I didn't think I'd be able to afford for a year at least, a lens that will, without a doubt, push me to the top of the landscape photography elite! More of that in a later post, of course. Today is all about catching up and talking about my summer vacation before it becomes but a distant memory.

If I had been doing this blog for the last 10 years, you might have noticed by now that most of my longer vacations are spent in the US, or Northern Idaho to be more specific. Not this year. This year we settled for a four-day getaway to Edinburgh, Scotland. I had never been to Scotland before, but it felt like a country that would suit me well when it came to things like climate, culture, and not least photographic opportunities.

I was not disappointed by any of those things. Of course, I could have done without the downpour that ruined part of our big bus tour to Loch Ness and the highlands, but oh well. We still had fun.

Anyway, after much consideration I have decided to simply post - and talk a little bit about - my three favorite pictures from the trip, and then add a slideshow video that will give you more of an impression of the whole experience.

The first image was taken on our first night in Edinburgh. It shows a canal near where we stayed. Apparently, the UK is full of these canals with their canal boats (which you will see more of in the video). This quay area with its modern architectural buildings and rustic boats made for a beautiful scene during the sunset, and with fantastic low-hanging clouds to add a little drama.

We returned the next evening because I thought I could do better, but the light wasn't as good, and in the end this image just turned out better than all the others.

Below is, in my own opinion, a wonderful shot of Edinburgh Castle overlooking the connecting park. It was taken as the sun was setting and as we were walking back to our hotel after a long, long day of exploring the city. Our explorations had taken us all around downtown Edinburgh, including to, and inside, the castle itself. Needless to say an iconic construction like Edinburgh Castle offers countless photo opportunities, and with my usual, "better take 300 pictures too many than one too few"-approach, I couldn't have missed too many of them.

However, for all the architectural details and historical magnificence that the closeups revealed, this image, with the lush, green park contrasting the ragged castle walls, tells the story of how the city is, and always has been, dominated by the presence of the castle, for better or worse. 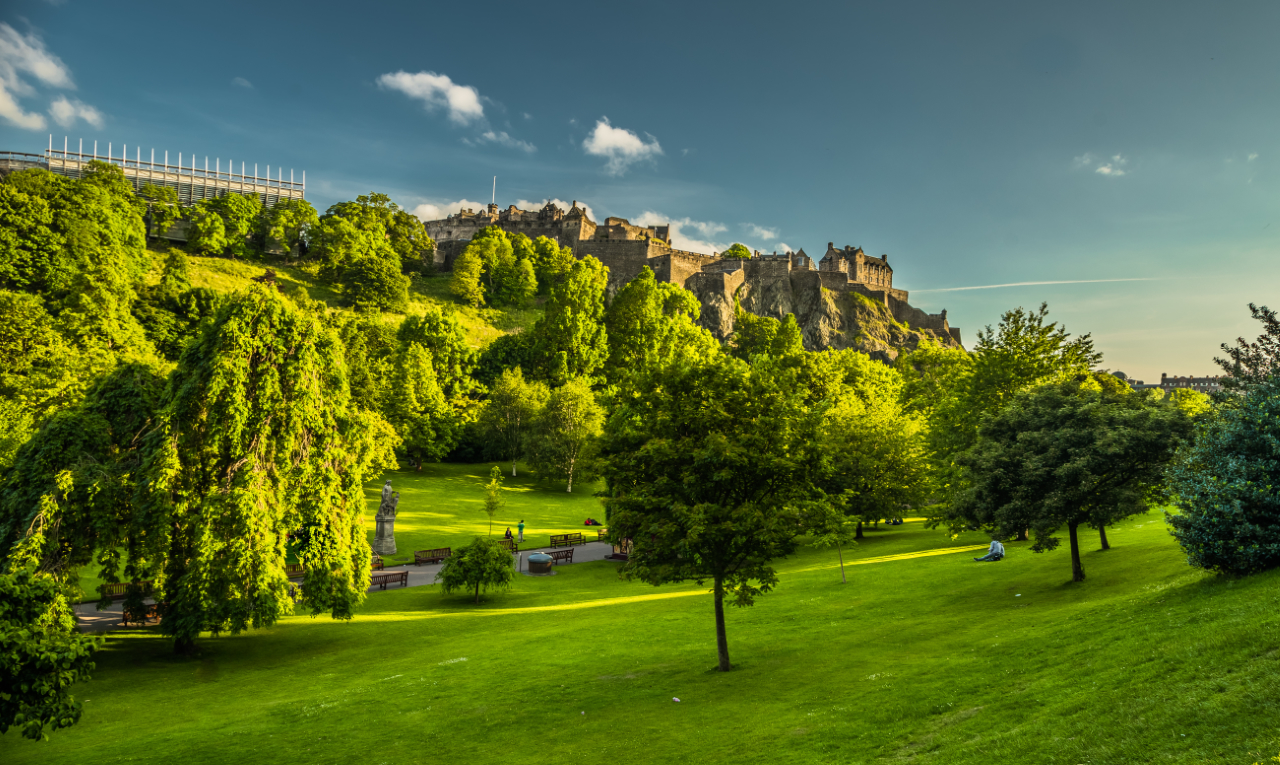 The last of the three images was taken on our last night in Scotland which offered both the photographic and emotional highlight of our entire trip. Almost as an afterthought we decided to climb the famous Arthur's Seat hill overlooking Edinburgh. I had been on one of the neighboring hills two nights previously, and while that had been a good experience and well worth it, I wasn't totally blown away and would not have been too disappointed if we hadn't  made it up to Arthur's Seat.

Well, I should have been! Arthur's Seat was a whole different experience. For one thing, you felt like you were at the top of the world. You could see for miles in all directions, and even with loads of other tourists up there, you had a sense of detachment from the real world. I could have stayed up there forever, but good thing I didn't, because then I wouldn't have gotten the below image, which was, in fact, not taken on Arthur's Seat (check out the video for that) but on the walk back down from there.

As soon as I spotted the old ruin a little off the track, I knew I was about to take some of my all-time best photos. Of course, there were plenty of ways I could have screwed it up, but short of a colorful sunset, which we just couldn't sit and wait for, and without a tripod to enable long exposures, I think I did about as well as could have been expected, which was pretty damn good. The dramatic clouds are a fine replacement for a sunset, and the image just has a feel of raw, ancient history of kings, wizards, religion, and long lost culture. 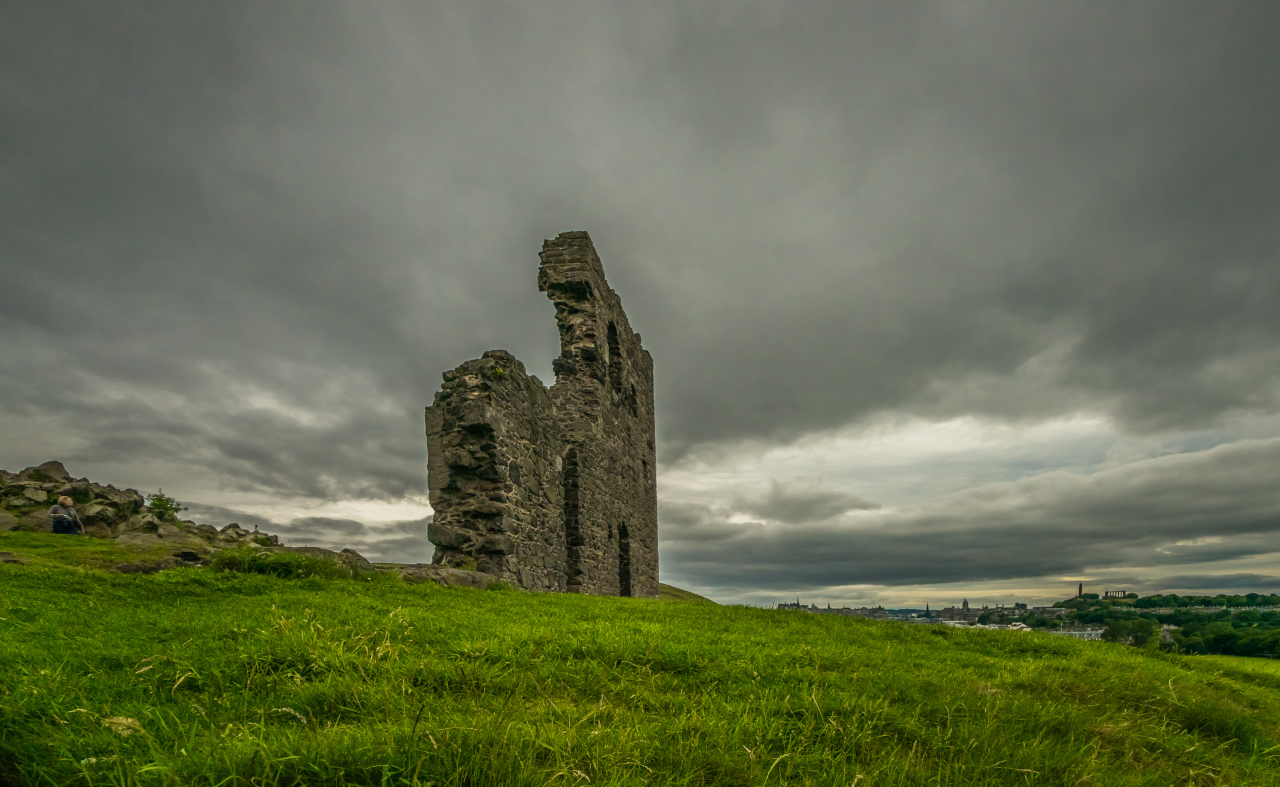 Of course, you didn't really expect me to only show three pictures from Scotland, now did you? The only reason I can limit myself to that is that I also made the below slideshow featuring another 80 or so images from four amazing days. You may want to make the player a little bigger and you definitely want to turn up the sound so you don't miss the beautiful music.