Sticking to the plan

Unlike good landscape photographers who know what they are doing, my photography has always been characterized by randomness, confusion, disorganization, and sometimes downright stupidty. Sure, sometimes the result can be excellent despite all this. I think I have a pretty decent eye for compositions, and I know my way around Lightroom, and that helps me.

But things like planning ahead, making sure there's a memory card in the camera, making sure I brought the quick release along with my  tripod, charging the camera batteries;  those things have often proven challenging to me and have caused me a good deal of frustration with myself.

So I've been practicing getting more organized and better at planning things. This reached the culmination so far the other day when I executed a plan that I had devised all the way back in July. During a little photo excursion to the other end of town, I came across the below scene and loved it.

Still, I wasn't all that happy with the shots I brought home. They were ok, but I thought they could be better... during a sunset.

So I used my PlanIt For Photographers app, which can show on a Google Map where and when the sun sets and rises, and saw that the sun would set right in that area come mid-September. I entered it in my calendar and started waiting.

Well, fast forward two months. Around September 10 I put myself on high alert to move out within an hour's notice if it looked like there would be a colorful sunset. I warned my wife of what may happen right around dinner time on any given night. My photo bag was packed, extra batteries charged - I was ready!

About a week into the target period, it happened. The skies seemed to align just right, with a good mix of clear sky and clouds. So I grabbed my camera bag and my tripod, got in the car, and drove to my destination.

I set up the equipment, the camera loaded with my brand new Sony 16-35 mm landscape lens, and started shooting. The sun was still above the horizon but hidden behind the clouds, which were turning an awesome yellow. 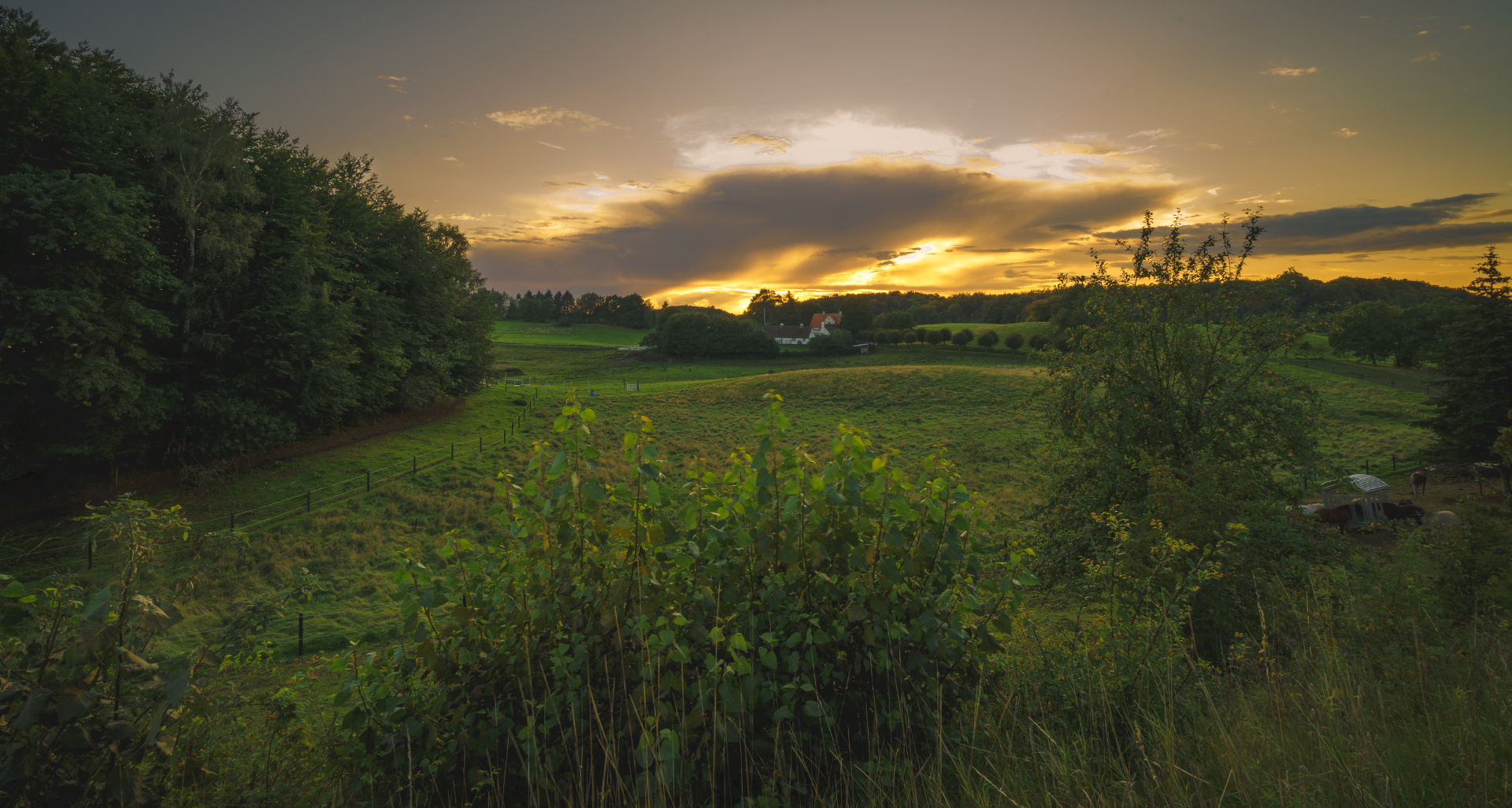 Just as the sun was disappearing behind the tree line I managed to capture the below picture, my favorite of the evening. I turned the aperture all the way down to f22 as I had read somewhere that a low aperture would generate the kind of beams that I, in my own opinion, so perfectly captured here. 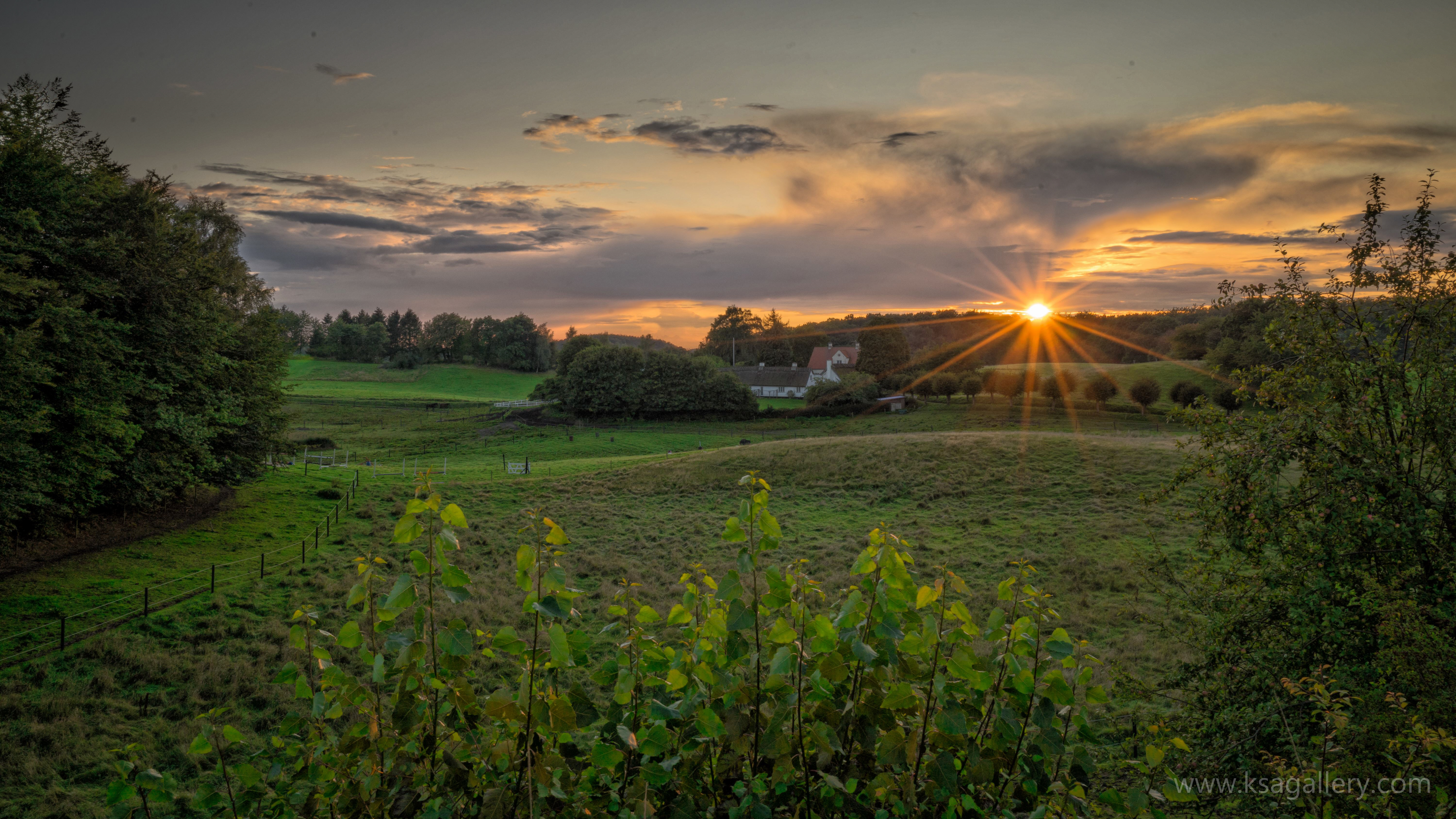 After the sun descended below the horizon, the colors in the sky remained for a brief period of time. It never became the color explosion that I had hoped for, but I was pleased. During my 40 minutes there, I captured a little over 30 images, experimenting with three different lenses, regular exposures, and long exposures. The long exposures didn't really add anything as the clouds were moving so slowly even a two-minute exposure didn't really capture any movement. 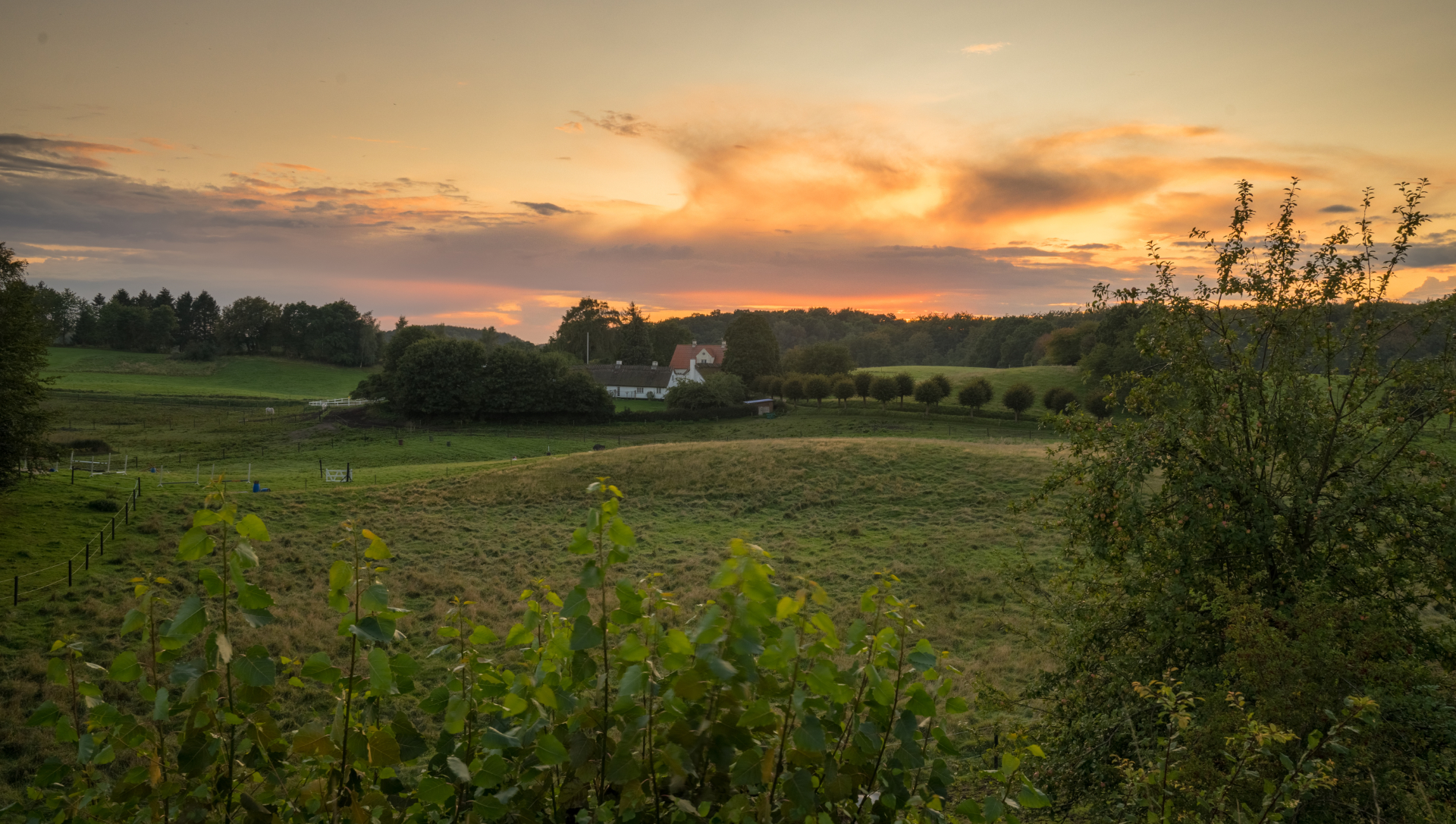 In the end, the evening was as much about proving to myself that I can plan ahead, pick a time and a location, and execute the plan successfully as it was about getting great shots. I think I did just that...

Oh, and the shots weren't too bad either.