Getting better all the time... or not

Bruce Springsteen once said that as a young, unknown rock band you need to both think you are the greatest thing in music since the Beatles... and that you suck. The former gives you the confidence and attitude to maybe make others believe it too, and the latter makes you work harder at actually getting better.

This is not unlike how I feel as a photographer. In my own mind I am among the world's most underrated photo artists, but most external evidence tells me that I'm just another mediocre face in the ever growing mass of mediocre middle aged men with expensive cameras resting on their pot bellies.

When I look at my pictures from maybe just a year ago, I can see that the evidence was accurate: most of the pictures I thought back then were masterpieces, I now realize were nothing special and that the world's indifference to them was quite reasonable. On the other hand, the pictures I took today are mind blowing and will finally give me the recognition I deserve.

But then fear strikes me. What if in a year from now I can see that the pictures I now think are mind blowing are just as unremarkable as my old pictures? What if my pictures are not improving at all? What if the only thing that's improving is my state of denial?

As an amateur photographer, you don't have very many solid indicators to tell you if you're getting better. You can't measure it by sales since you're not selling. Friends and family may just tell you what you want to hear. And your own gut feeling and tastes prove worthless as images you wouldn't be caught dead having taken receive more votes/likes/awards than yours on GuruShots/Instagram/ViewBug.

Whatever the case, as of right now, in the confines of my own deluded, self-absorbed brain, I believe that the last couple of  months have produced some of my best images ever. I have not written about it due to being tired, but November and December have been very productive in both quantity and quality with several photo outings, each of which brought forth sure additions to my portfolio should I one day get around to updating it.

Since I may still write more extensively about those outings, I will only post a few of the best shots here. The first two images are from the same day in November, a day that was split in two with the first half spent at the beautiful Bøllemose area with a low sun creating magical light between the trees, and the second half on the coast, including a blue hour to die for at a nearby marina. 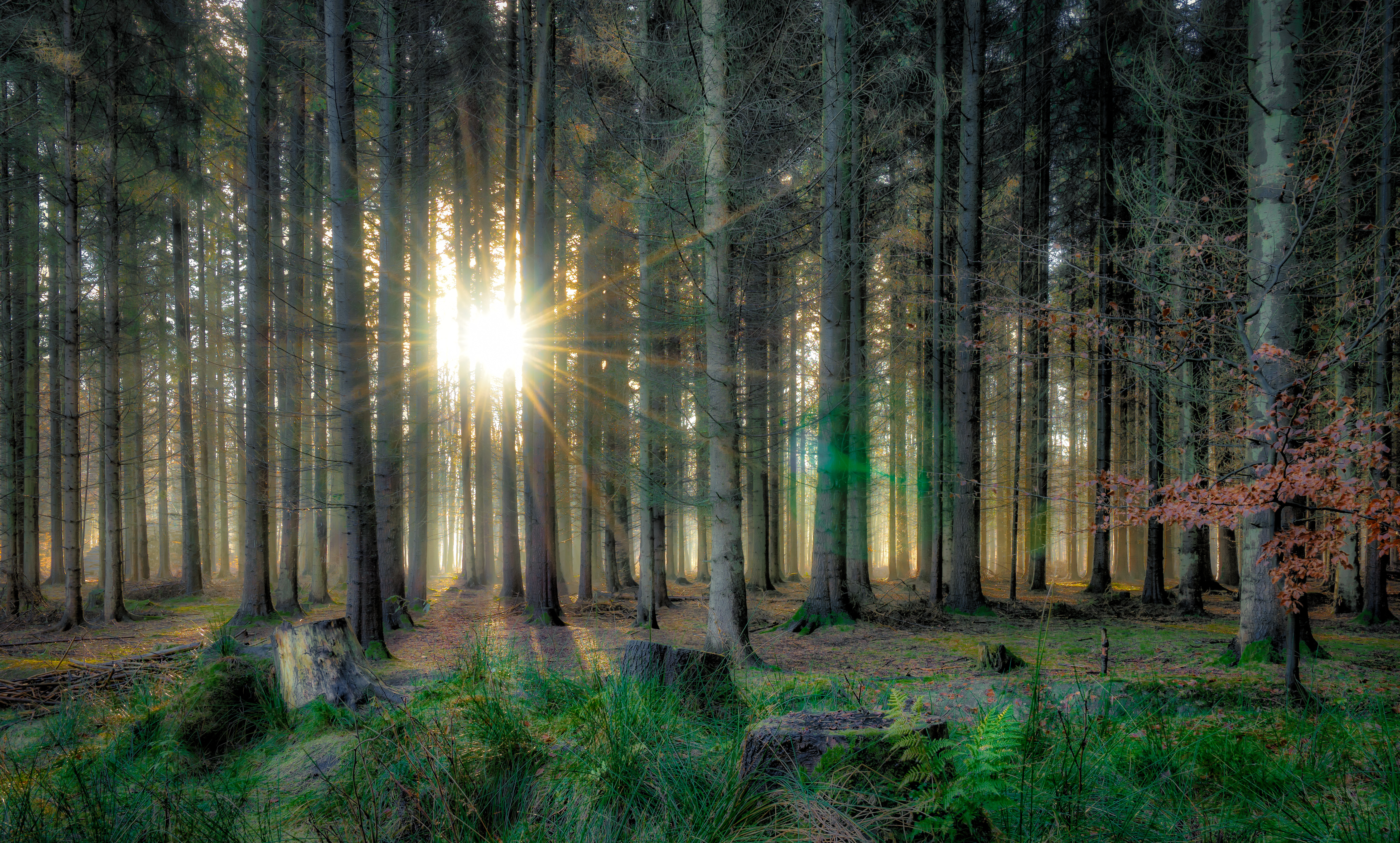 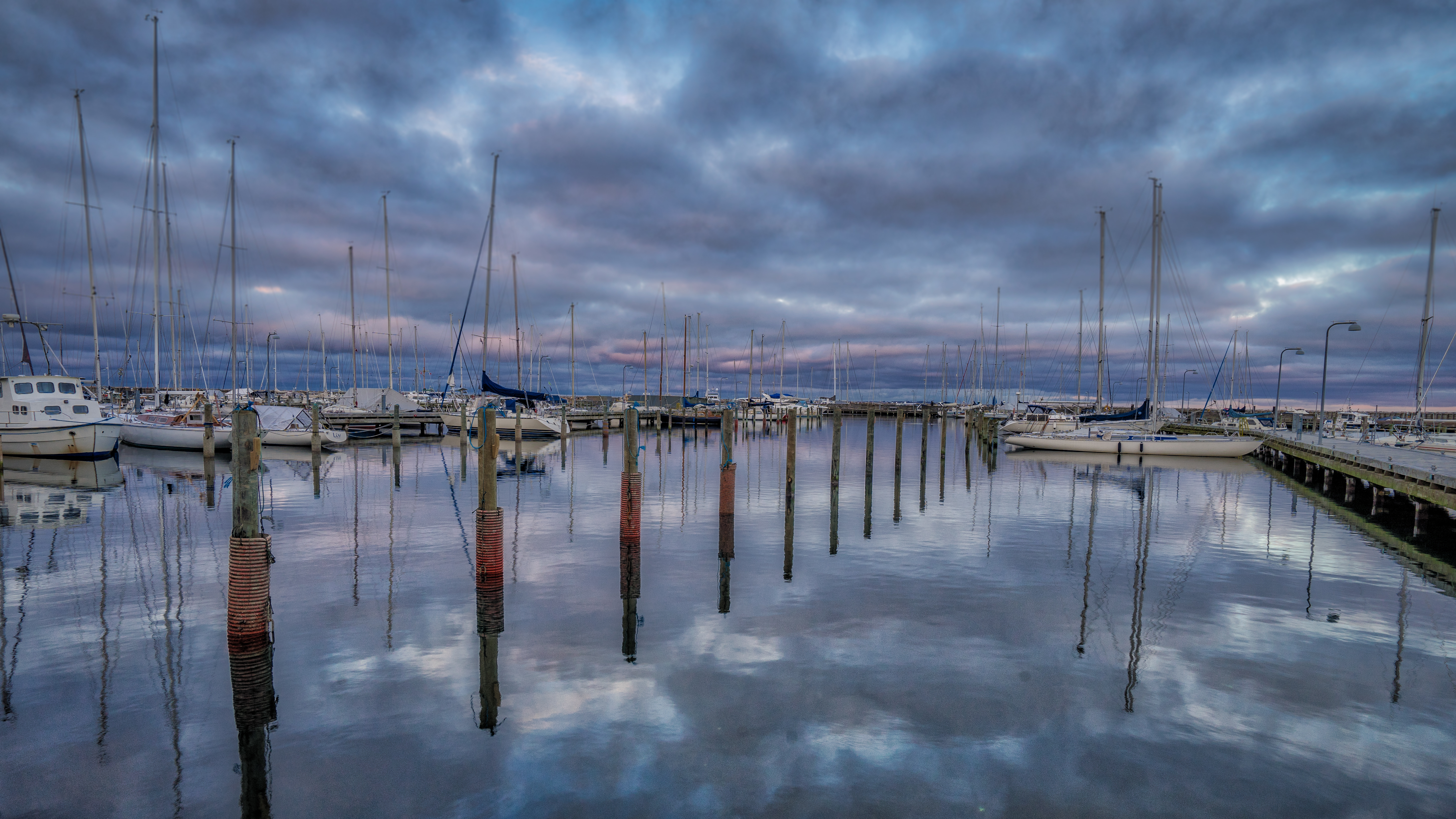 The next image is from my local area where, one Sunday afternoon, I spent the hours around the early Scandinavian sunset on a rugged, muddy field, almost ruining my boots, but capturing some pictures that I was really happy with., including this one. 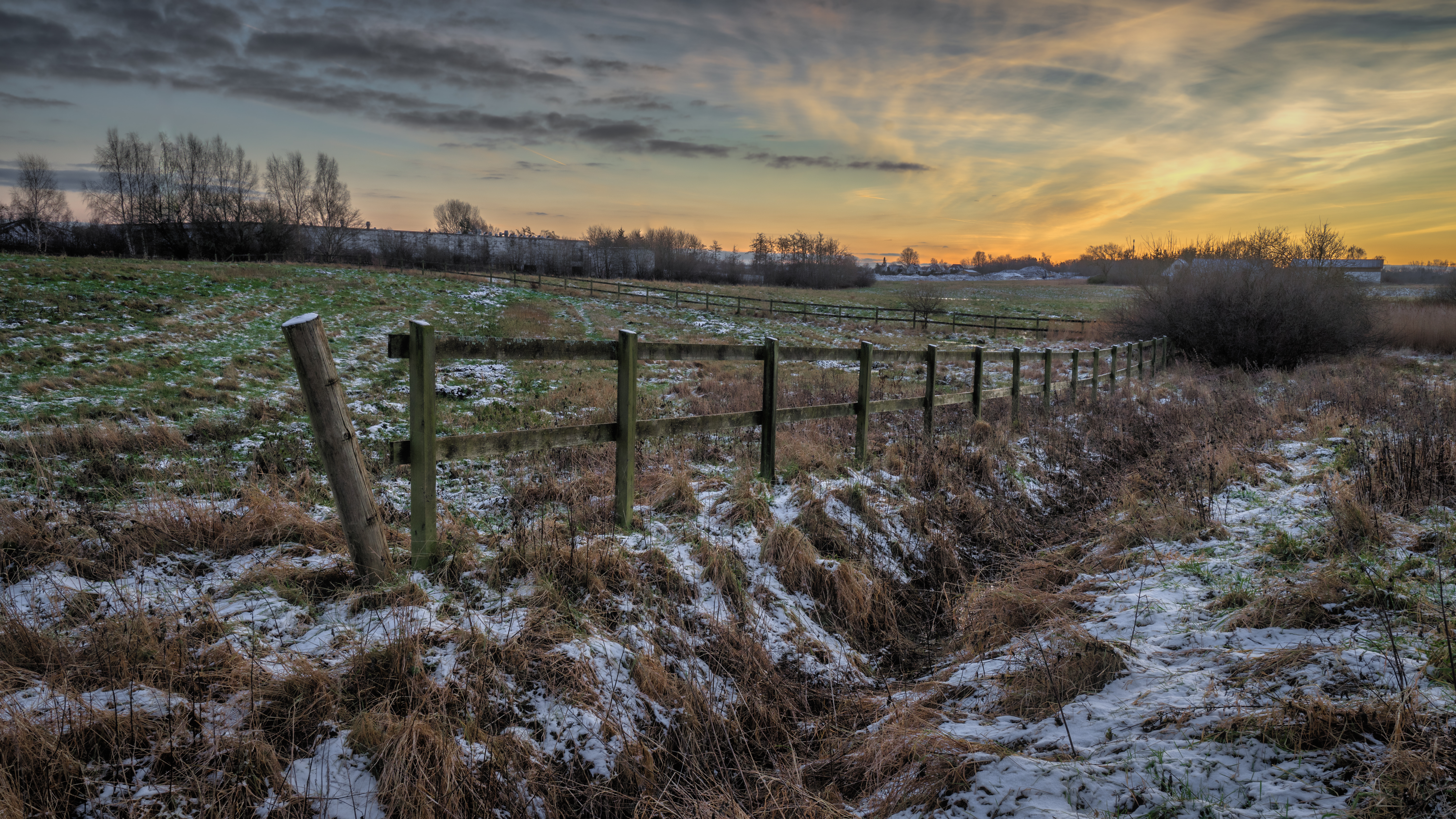 Also from my local area is the below picture of the weirdly curved tree on the edge of the forest. I absolutely love the colors and composition in this one. 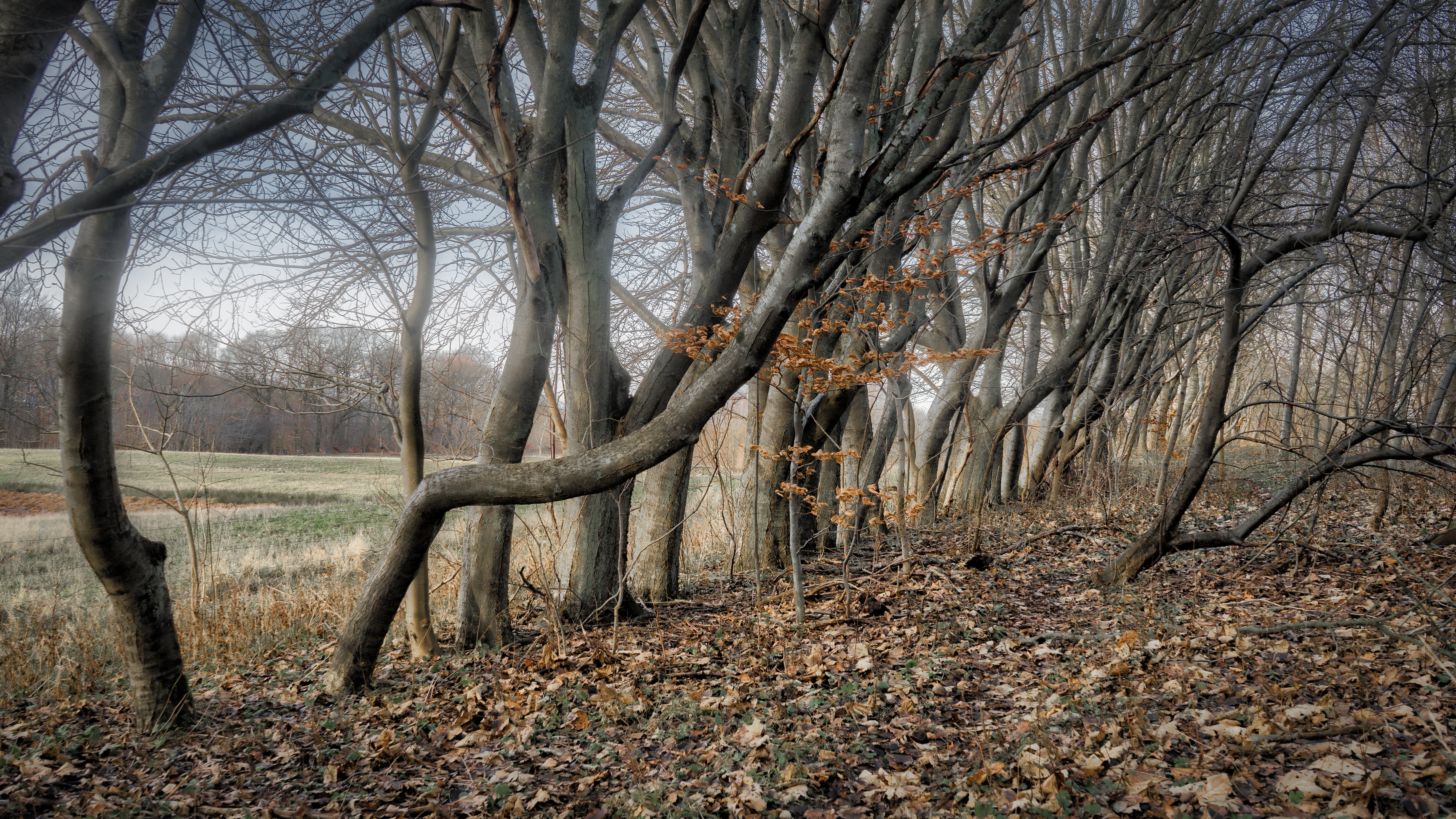 Last but not least, from a trip into Copenhagen and beyond, this image was taken at a part of the city called Ørestad, which has only existed in the past 10 years or so. The picture of a train leaving the station was very nicely captured, in my own opinion, with the exposure length at a perfect 0.6 seconds, which added juuust the right amount of blur... again, in my own opinion. 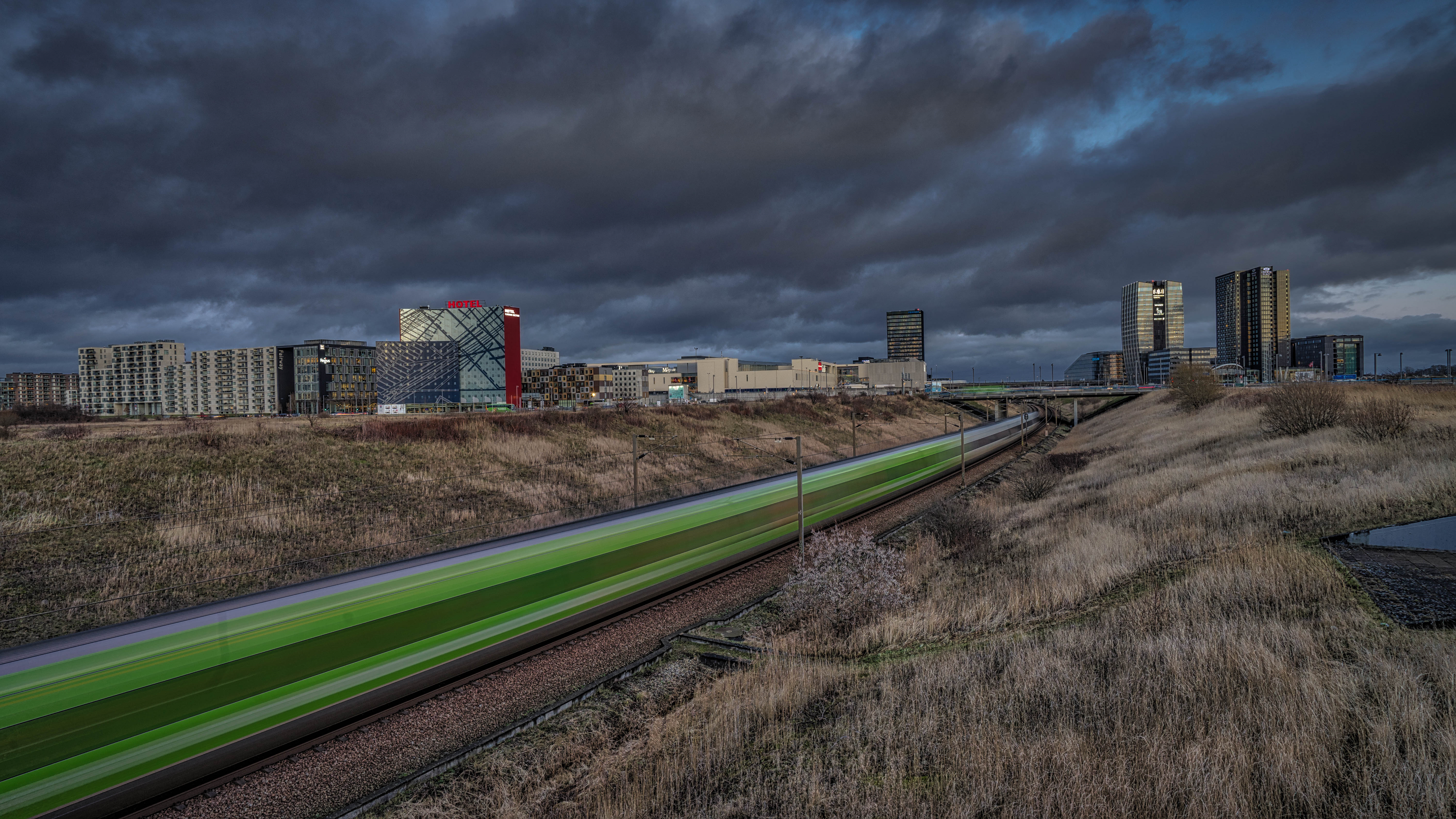 I took several more top-notch pictures on all of those trips, but they will have to wait. These are just examples of what I've been up to in the last few months and hopefully a little bit of evidence that both my mastering of my camera and my ability to capture the beauty I encounter have indeed improved.

I guess we'll see in a year from now.

2 comments on “Getting better all the time... or not”