I Have a Problem With Sunglasses

I love wearing sunglasses. One of the main reasons I changed to contact lenses years and years ago was that I wanted to wear sunglasses. My eyes are quite light sensitive. It doesn't take much for me to squint and feel overwhelmed with light. Plus, there is no denying it: sunglasses just look cool.

Another reason I love sunglasses is that they make the world look so much better. The warm golden shade that everything gets when you look through your sunglasses is beautiful. When I post-process my photos I very often make them warmer in order to make the landscape look more like it does through sunglasses. People who don't wear sunglasses probably wonder what on earth I'm doing. Well, that's what I'm doing. 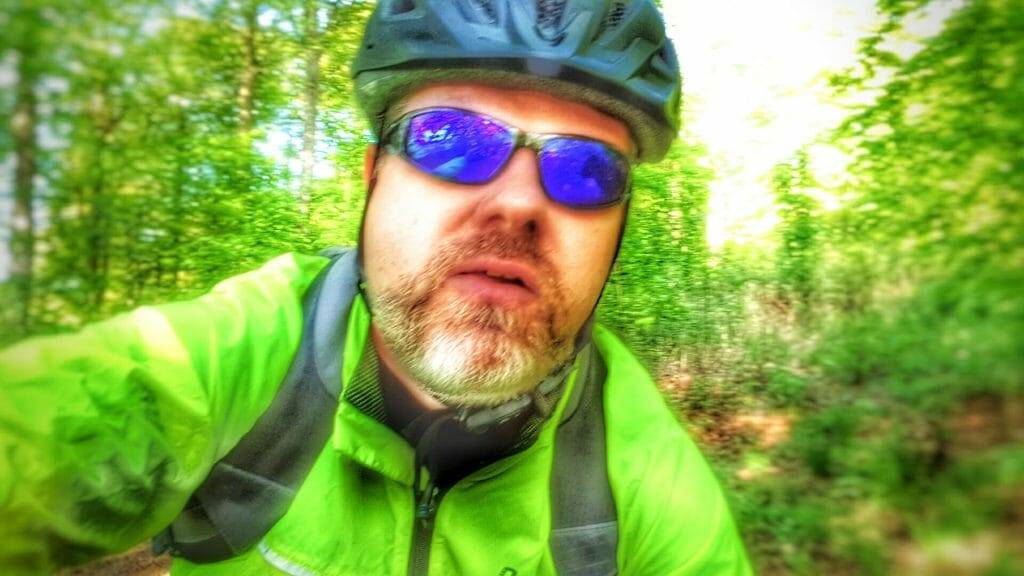 A recent selfie with me wearing sunglasses while riding my bike.

But perhaps my most important reason I have for wearing sunglasses is that they protect my eyes from dust and sand. Like I mentioned, I wear contact lenses. Rigid Gas Permeable Contact Lenses, the kind you wear for 1-2 years before replacing them. As everyone knows who uses this type of contact lenses, getting something in your eye while wearing them is just a teeny tad more desirable than stepping on LEGO's with bare feet (nothing beats that). It hurts so much you want to rip your eyeball out.

The problem I have with sunglasses is two-fold: 1) I break them, and 2) I lose them. This year alone I broke or lost an average of one pair per month so far. This often happens while I'm out taking pictures. When I stop to set up my camera to shoot an image, I take my sunglasses off. You can't look into your viewfinder wearing sunglasses. And since I need both hands to adjust the settings and tripod, I stick the sunglasses in a pocket. Then I forget about them and move along. Then when I remember them and want to put them back on, they are no longer in my pocket. Even if I backtrack and try to find them, I never do.

Because I lose so many sunglasses, I can't invest in the more expensive brands. I have always just bought the cheapest ones I could find at the grocery store or at gas stations. This leads to the second problem: breaking them. Cheap sunglasses are not even worth the cheap price they are sold for. They break just from being put on my big head a few times, or from being dropped on the ground, even if the ground is soft.

A few weeks ago the final straw broke the camel's back. I was out on a little photo trip on my bicycle. After only about 15 minutes, I stopped to check Google Maps on my cell phone. I took my brand new, cheap pair of sunglasses off so I could see the screen. Of course, I then dropped them on the forest path... and one of the lenses fell out. I managed to put it back in, but it was only a matter of time. Before I reached my destination deep in the woods, the lens fell out again, and this time it was impossible to reattach. The frame was broken.

Now, this particular day was one of the windiest days of the season. Dust and sand was whirling around in the air. It wasn't long before some of it got in my unprotected eye. It was painful as hell, but I braved through it and did my photo shooting of an area I'd been wanting to go to for months. However, heading home though the forest turned into a nightmare. First the chain fell off my bike, and I had to put it back on using only one eye. Then I got something in my other eye. I was blinded and in horrible pain. At one point I stopped and found my little spare contact lens suction cup that I always carry around for emergencies like this, only I'd never attempted to take out a contact lens in the middle of the forest before. I had about a 75% chance of dropping the contact lens on the path, which would have sealed its fate, but miraculously I managed to get it wiped off a little bit with my finger and put it back in my eye. It didn't help a whole lot. My eye was already red and swollen. But it was enough to get me the rest of the way home where, in a - for me - rare fit of rage, I hurled my broken pair of sunglasses on the table and swore I'd never buy cheap crap like that again. 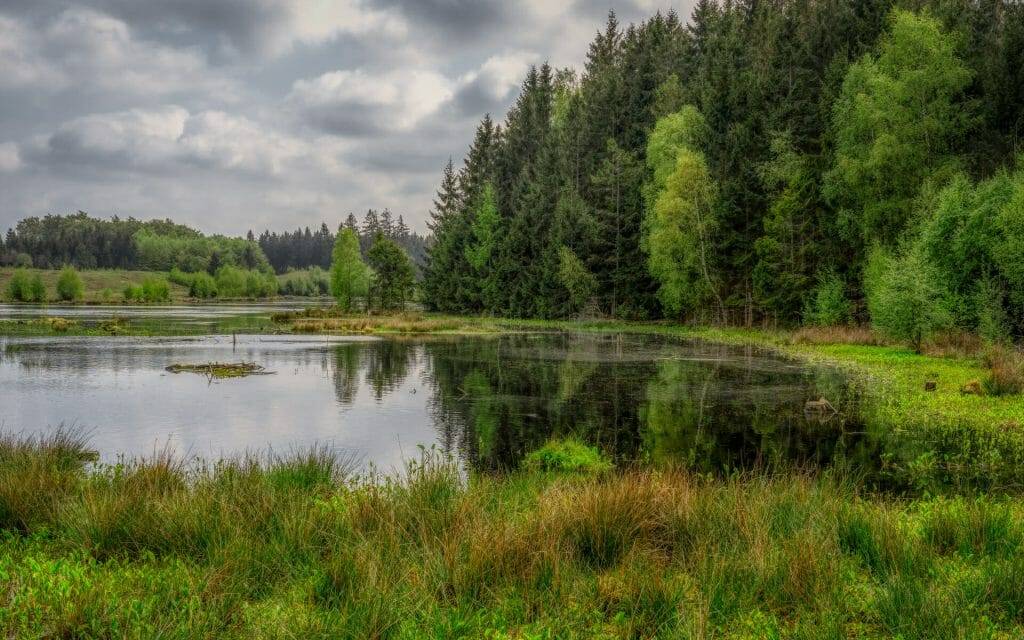 I managed to capture this image on my ill-fated excursion. While I'm pretty happy with it, my images from that day, like my general fortune, left a bit to be desired.

As a consequence I went online to see if I could find some sunglasses that didn't cost a fortune and were better quality than what the grocery stores have to offer. My search was a success. Excited to have found a solution to at least one of my problems, I ordered four pairs - some with a reading area, some for driving during the day, some for driving at night, and some for riding my bike.

When they arrived after only a couple of days, they did indeed seem like they were quite a bit sturdier than my usual sunglasses, which means I may have solved the problem of always breaking my sunglasses. As for the losing my sunglasses part, well, I did already lose two of the four pairs in the 1½ months that have passed since I bought them, so there is some work left to be done in that department. But I am now working tirelessly to find a solution to it. Most recently, I got a little case that I can attach to my belt. If I can get used to putting my sunglasses in that case while I take photos out in the woods - and zip the zipper - there is a chance I can reduce my consumption of sunglasses by a significant number. We shall see.

Perhaps my favorite picture of myself wearing sunglasses. It's a few years old, so the sunglasses on my head are long gone... probably lost in a forest somewhere, where they will remain until the end of time.

One comment on “I Have a Problem With Sunglasses”