A new record for fewest images per kilometer covered. I must have walked 5-6 kilometers and took less than five pictures. There just wasn't anything interesting to shoot. However, when I came home and saw the first of these two images, I was actually quite happy with it. That composition has potential! The S-shaped road, the bridge across the creek, the rural atmosphere. I checked my sun position app and found out that the sun would set on that horizon in October and decided to return to the spot by then. 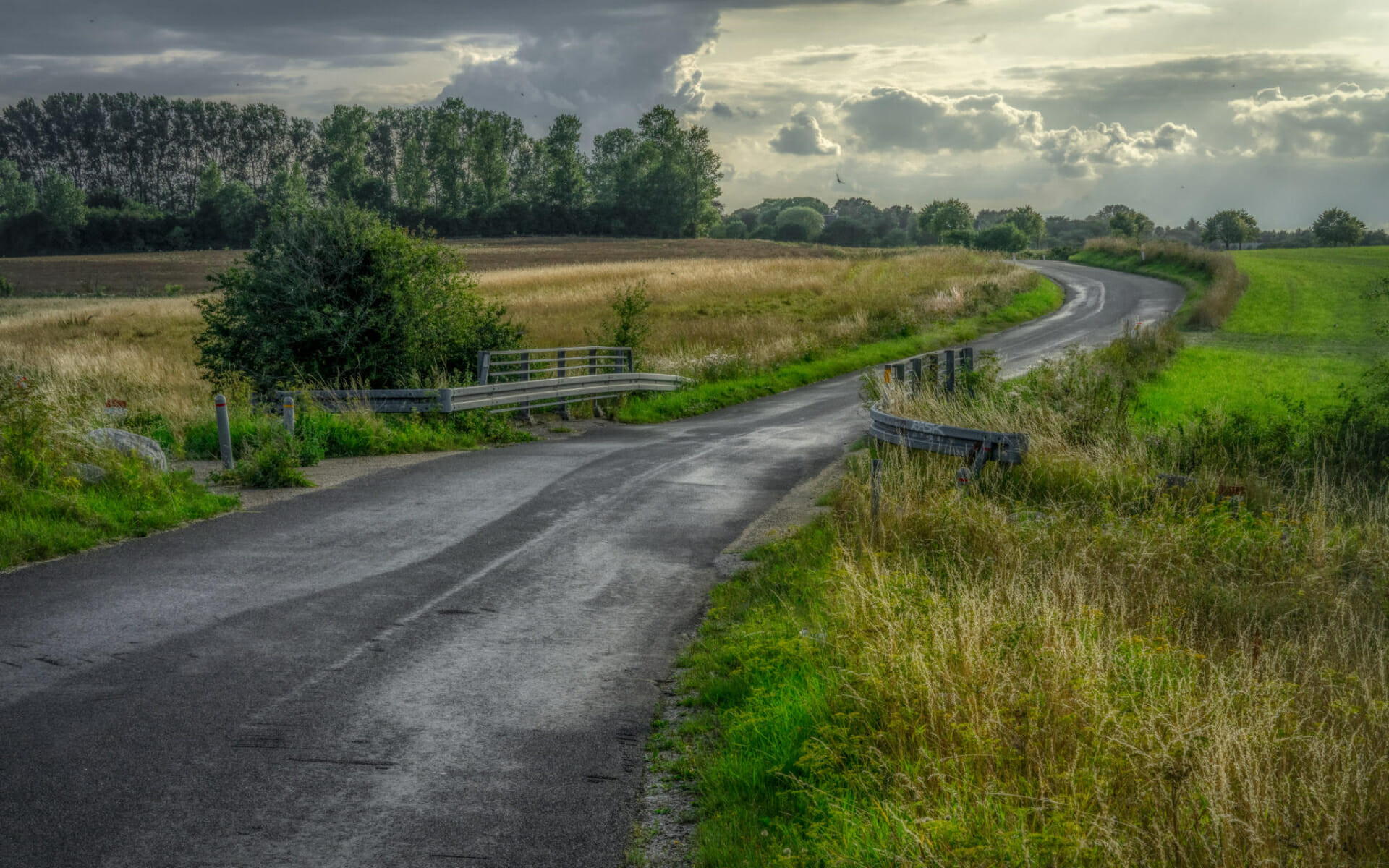 The second image of the day may only be included because I want to include at least two. It was a very beautiful forest path with the low sun creating beautiful light between the trees, but the fact is that I took the picture a few seconds too late and had to enhance it quite a bit to capture what I had just seen, resulting in a picture that's probably a little too enhanced. 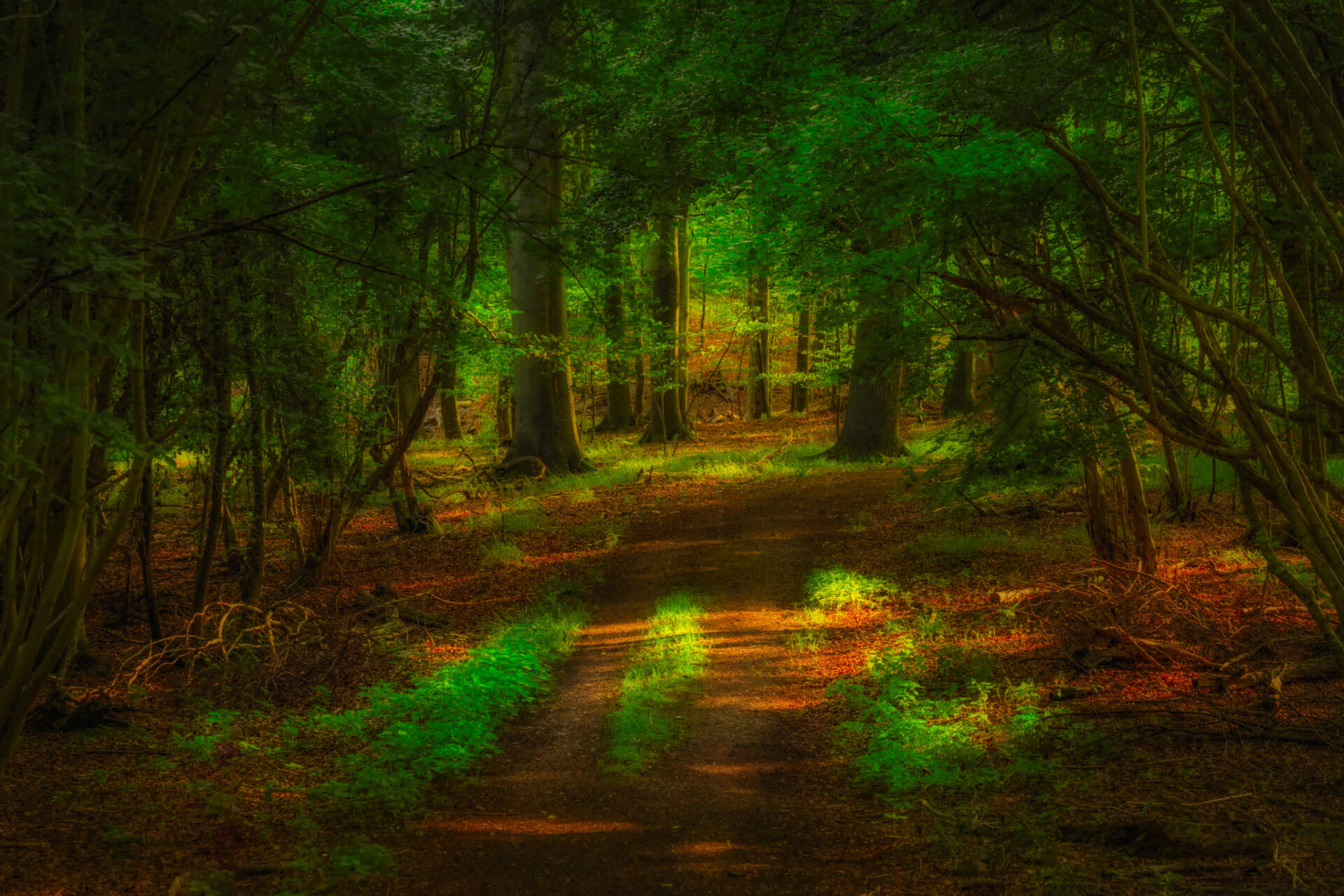