April has been extremely bright and sunny and with hardly any rain. Today was no exception, and again it put a damper on my ability to create great photos. But as is almost always the case, I gradually got carried away and enjoyed myself tremendously. My first stop was Ulvedalen (Wolf Valley) in the middle of the forest, a location I have talked about before. The free-roaming horses were still there, but that wasn't the only thing that caught my attention. Looking through my long zoom lens, a surreal sight caught my eye: a man was sitting on a far hilltop, lotus position, hands spread out in meditation. Apparently he thought he was all alone. As I was watching him, the horses started to approach him. Soon they were so close to him, he could no longer focus. He got up and rode away on his bicycle.

The rest of my day went with standard forest photography, and a picture of the train that criss-cross the forest.

A return to the location of my ill-fated trip in May. This place had so much potential that I had to see it in better light, so I straddled my bicycle after dinner and rode deep into the forest on this beautiful summer evening. Not only was the dull light replaced with beautiful golden hour sunshine, the free-roaming cows I had met last time had been replaced with free-roaming horses. Another highlight was the blooming foxgloves growing between the pine trees. But they were difficult to capture. The image included at the bottom didn't come easy. 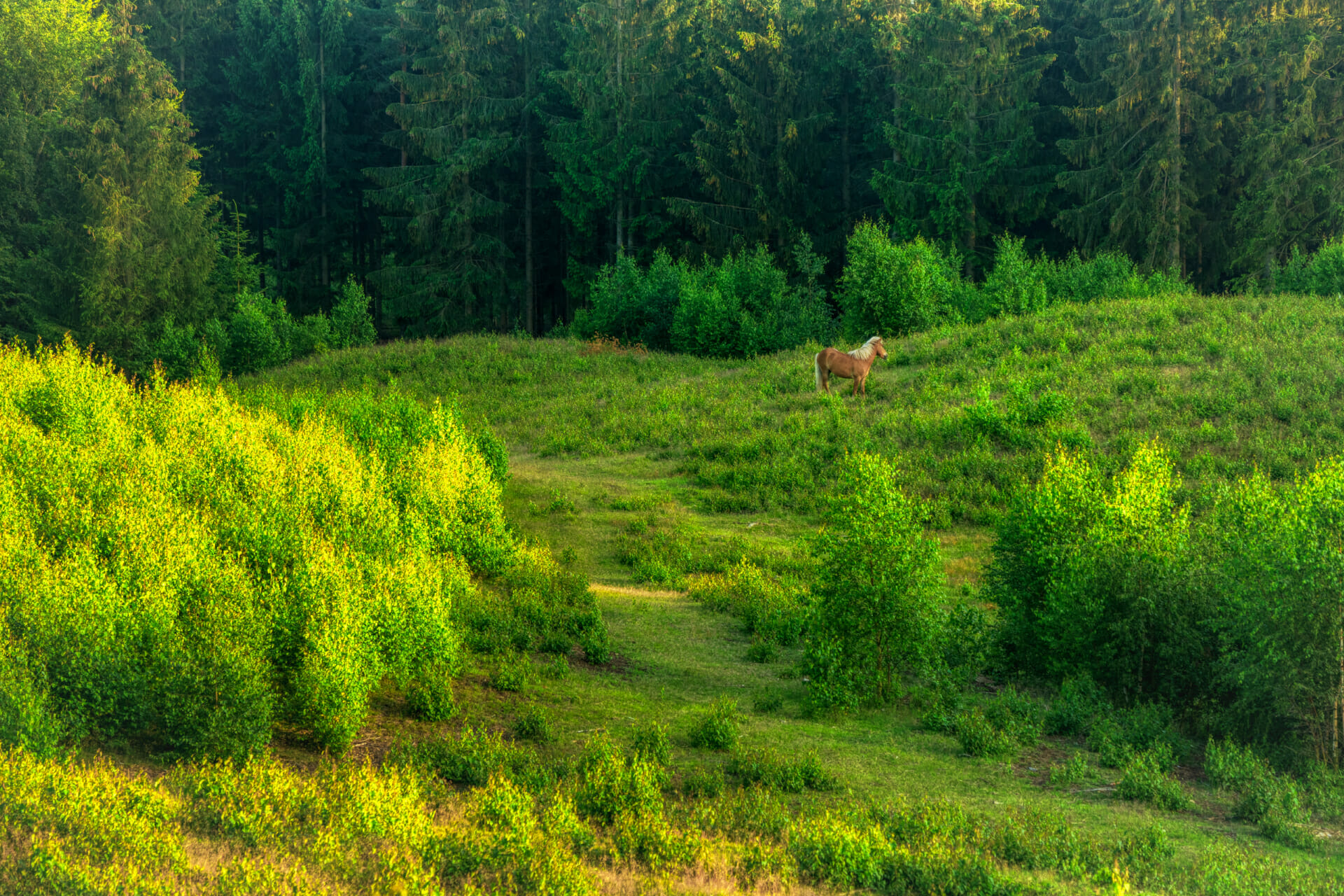 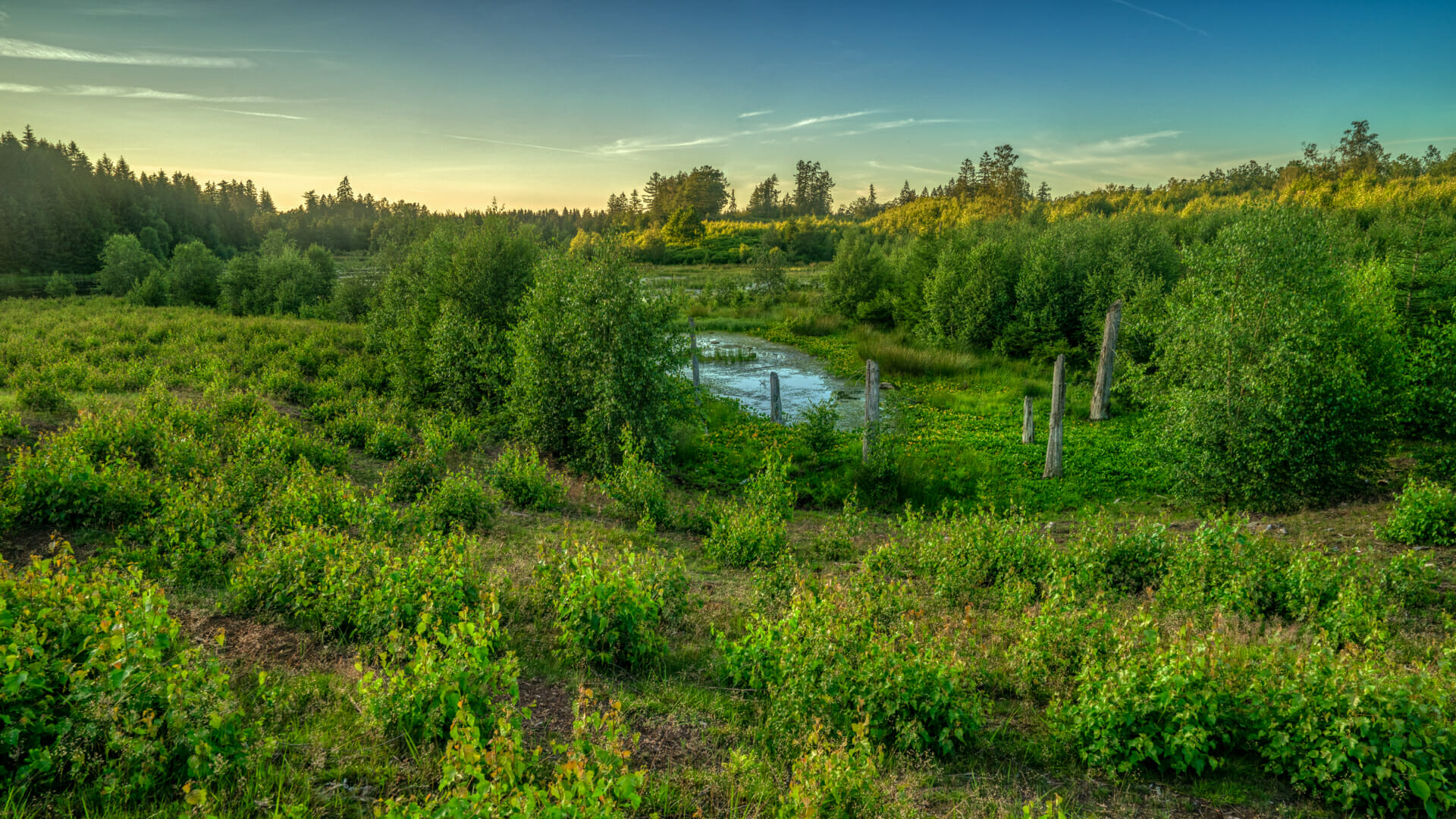 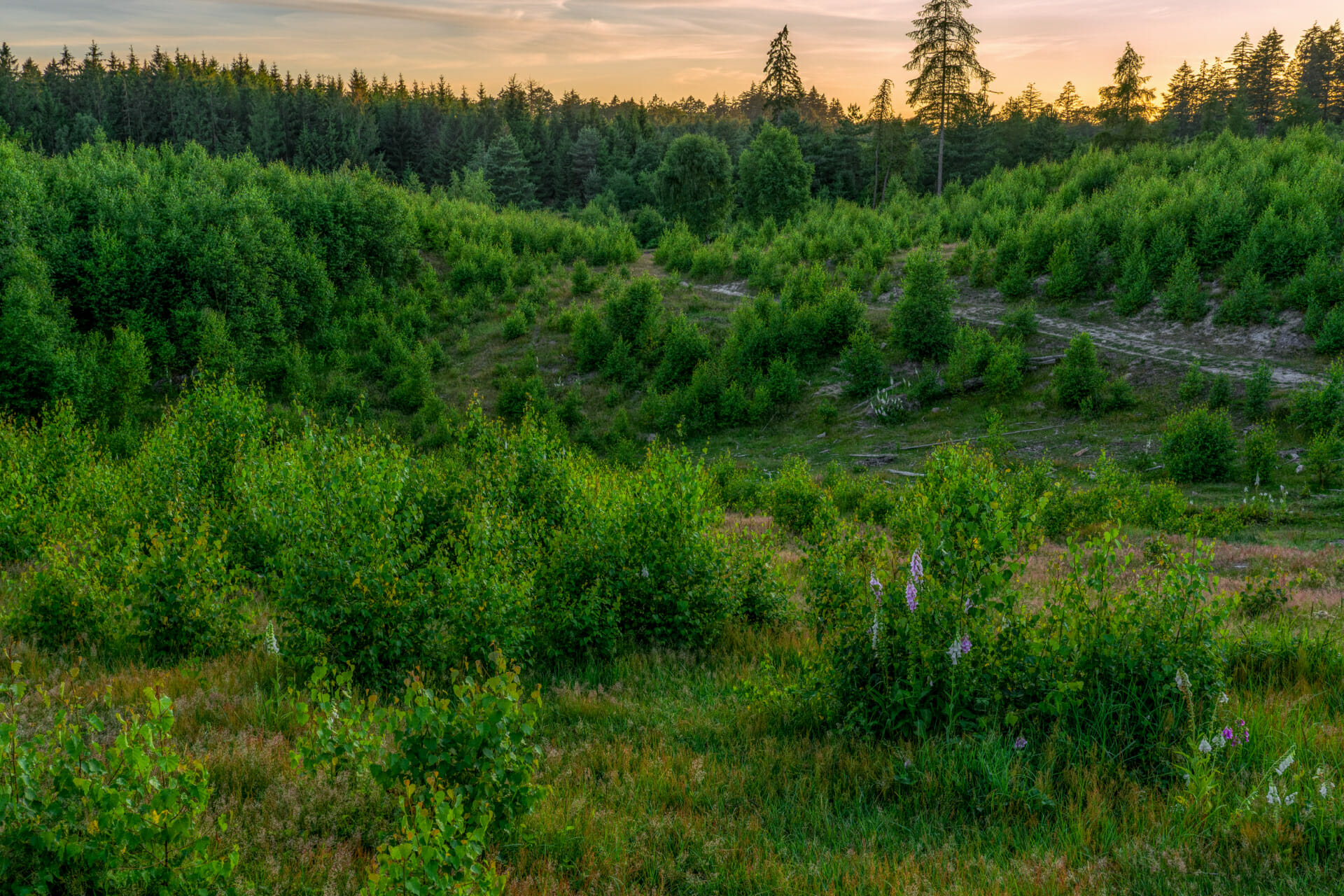 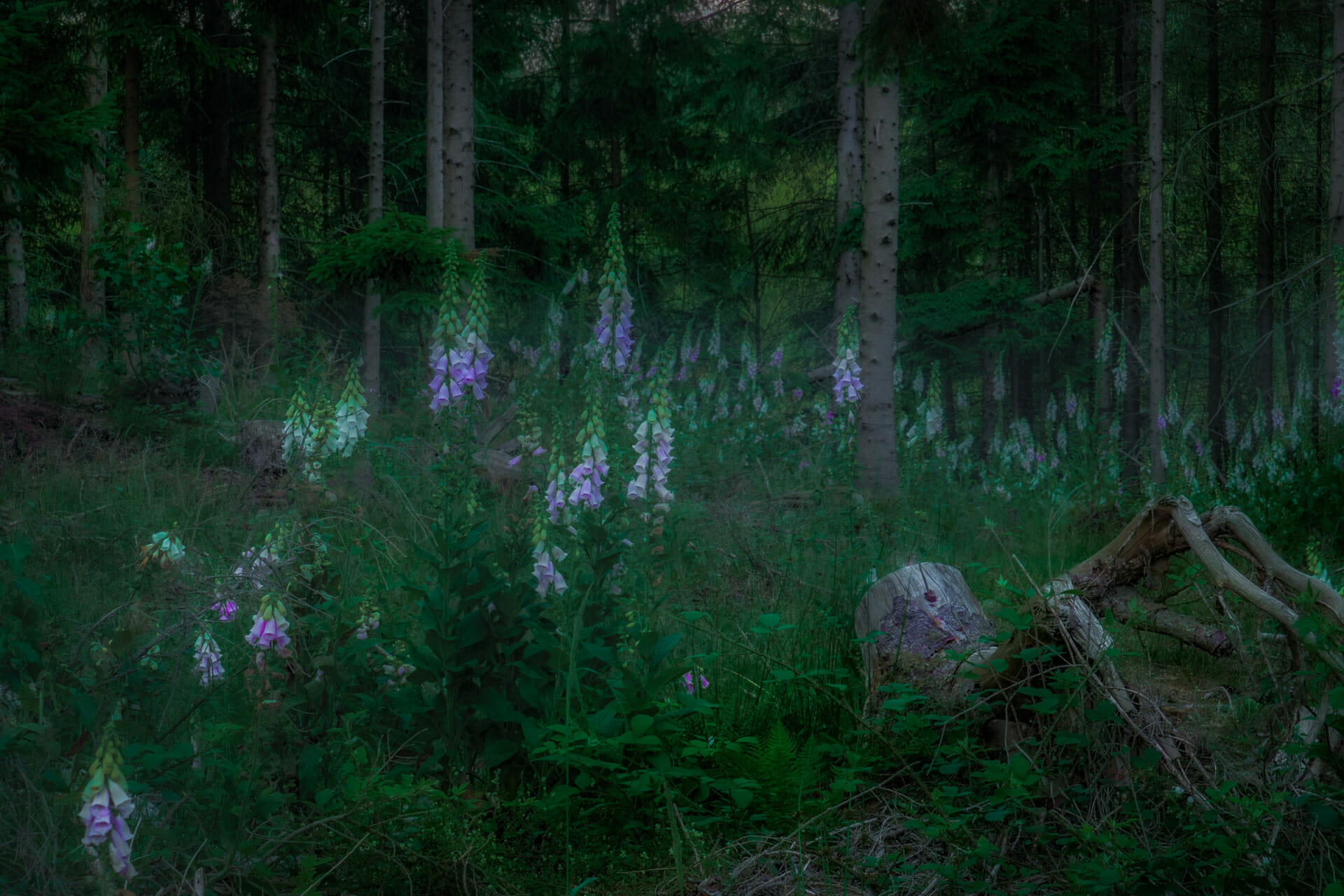